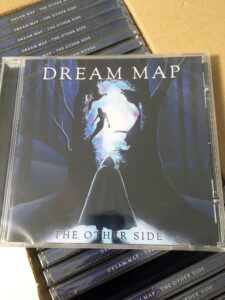 ‘The Other Side’ CDs are on the way! Depending on the destination, you may expect your package somewhere in the upcoming weeks.

Again thanking you all for helping us reach this incredible milestone, we hope you’ll greatly enjoy our CD!

If there are any questions or uncertainties, please feel free to reach out to us. 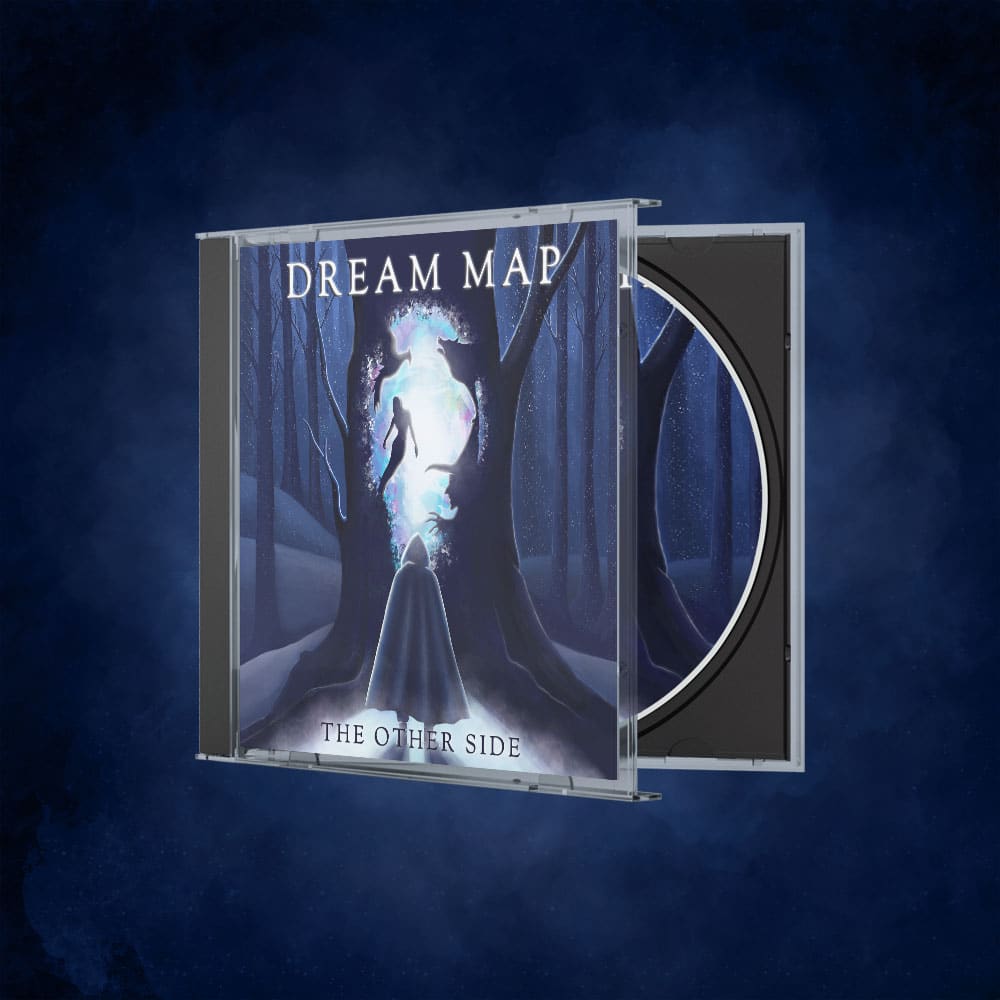 Hi everyone,
In 2021 we’ve released our debut album ‘The Other Side’ on all digital platforms and by popular request of our listeners we’d love to release a physical version of the album as well!
We need your help to make that happen. We’ve set up a Kickstarter project to collect the funds we need for a physical release and we’ve created several reward packages for your donations (some including a copy of our physical CD and more!). You can check the information on our Kickstarter page below to learn more.
Kickstarter page: http://kck.st/3CCEv0F
Thank you so much for your support!
– Dream Map
‘The Other Side’ is now available on Bandcamp! Click the link below to buy the digital album. Thank you for the support

Please follow us on bandcamp and share our music, it would mean a lot!
– Dream Map
https://dreammap.bandcamp.com/album/the-other-side

Get to know more about Dream Map, our musical journey and the album through our new blog! We will take you a little further into our dreamscape with behind-the-music stories on all the album’s songs.

Up first is the story behind the first track of the album: ‘Black Horizon’, click the link below to read!

We love to hear your thoughts and questions, so please feel free to hit the comment section. Stay tuned for more 🙂

To start off: thank you to everyone who is supporting and loving our new album, it means a lot to us!

Several people have mentioned they recognise our music from the past. We wish to make a statement regarding this, to prevent any further misunderstandings or false information.

It’s correct that the framework of the tracks on our new album find their origins with a previous band in Norbert’s career, called ‘Symphonic Destiny’. The band split up in 2016 due to personal differences and the members each went their own way from then on.

Norbert, owner of the band’s music, lyrics and compositions, went on to work on music by himself until he met Vivian a few years later. Both felt it would be such a loss to toss all those existing compositions in the bin, as they had the potential to become something great. They decided to combine their strengths as musicians and symphonic metal lovers to upcycle the tracks to reach that potential, resulting in their debut album ‘The Other Side’.

Norbert re-recorded the instruments that were used as the framework for the tracks, rewrote parts of his composition and added several new orchestral and choir parts to the tracks. In the meantime, Vivian wrote a fitting story for the album through new lyrics, using the concept of a ‘dreamscape’ as a guide. Both have worked very hard to make the album something amazing; something to be proud of.

We as Dream Map have made it a priority to breathe new life into compositions that would otherwise be forgotten and we sincerely hope old Symphonic Destiny fans will see and understand this choice.

To conclude: Please note that the previous band members are in no way impaired, as Norbert has the legal rights over all the compositions written in the time Symphonic Destiny was active. Everything used to create the new album was re-recorded by Norbert as well- no past recordings were implemented in the current songs.

We hope this statement answers any lingering questions, please reach out to us if there is anything we overlooked.

PRE-ORDER/PRE-SAVE debut album “The Other Side”.
https://dreammapmusic.fanlink.to/theotherside

A HUGE thank you to Christóbal Torres from Metal-Rules.com for writing a wonderful review on our new album!

We’re delighted to receive a 4/5 rating and we hope to live up to the expectations set for our future listeners.

No comments to show.